Your amazing source for Chris Evans 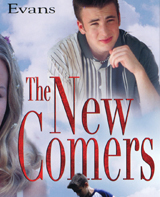 The Newcomers is a 2000 American family drama film directed by James Allen Bradley and starring Christopher McCoy, Kate Bosworth, Paul Dano and Chris Evans. Christopher McCoy plays Sam Docherty, a boy who moves to Vermont with his family, hoping to make a fresh start away from the city. It was filmed in Vermont and released by Artist View Entertainment and MTI Home Video.

A Boston family decides to move to the country and begin a new life after their young son, Sam, is threatened by bullies. When the Docherty family reaches their new home, things aren’t much better. The father, Gary, learns the job he has been promised has been given to a local, and there is a general dislike by the townspeople of the new city folk. Sam adopts a dog and the daughter Courtney finds a new boyfriend, Judd. Things improve for the family, but it is not until Sam commits a daring act of bravery that the Docherty family is finally accepted in their new community.

Find out more or adjust your settings.

This website uses cookies so that we can provide you with the best user experience possible. Cookie information is stored in your browser and performs functions such as recognising you when you return to our website and helping our team to understand which sections of the website you find most interesting and useful.

Strictly Necessary Cookie should be enabled at all times so that we can save your preferences for cookie settings.

If you disable this cookie, we will not be able to save your preferences. This means that every time you visit this website you will need to enable or disable cookies again.